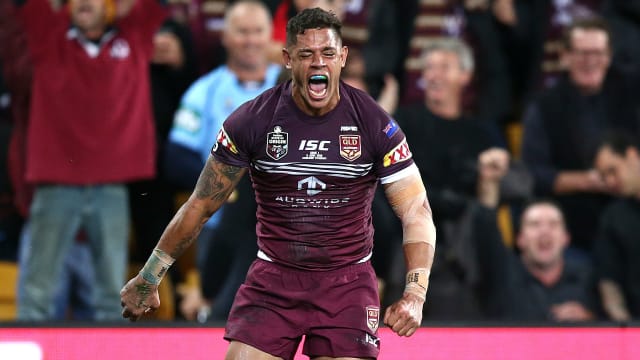 Gagai was said to be unhappy with playing on the wing rather than at centre following the arrival of James Roberts.

Yet the Bunnies say there has been no approach for the versatile Queensland Maroons star, contracted to the club until 2021, and he is not seeking pastures new.

"I have spoken to Dane this morning about reports in the media today," said Rabbitohs head coach Wayne Bennett.

"He has reiterated that his preferred position is centre, which he has said to me previously, however he is happy to play on the wing, or in fact any position in which the team needs him to play.

"He is committed to the club, he loves playing here, and he has no intention of leaving the club over the next few years as per his contract."

Gagai, 28, was named man of the match after scoring two tries in Queensland's 18-14 victory over New South Wales in the Origin opener last week.