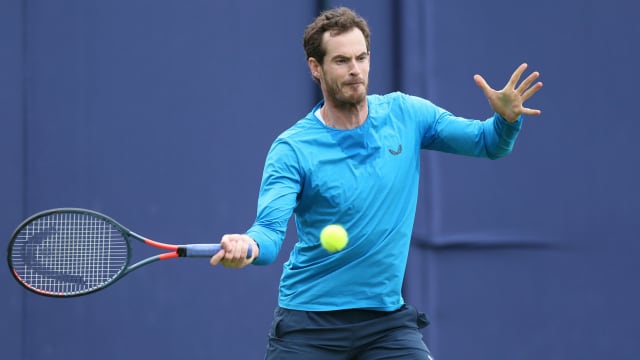 Andy Murray hopes to make his singles return this year but the former world number one knows that may not be realistic.

The three-time grand slam winner will make his comeback next week after entering the doubles with Feliciano Lopez.at the Fever-Tree Championships next week, just under five months after undergoing hip resurfacing surgery.

Murray also plans to play in the doubles at Wimbledon next month and wants to be back in singles action by the end of the year, provided his body holds up.

"I don't think when Wimbledon finishes that I will just step onto the singles court the following week and everything's good. I still have quite a lot of work to do before I'm at a level where I feel like I'll be able to be competitive."

The Brit added: "At this moment I've been progressing all of the time, at some stage it's probably going to plateau for a while before I'm able to kick on.

"I hope at some stage this year I would be able to get back to playing singles again. When that is, I'm not really interested in putting a time limit on because I'm quite happy just now so I don't need to play singles after Wimbledon or the US Open.

"If I can, that would be brilliant, but I don't think that’s going to be the case. I think it's going to take a bit longer."