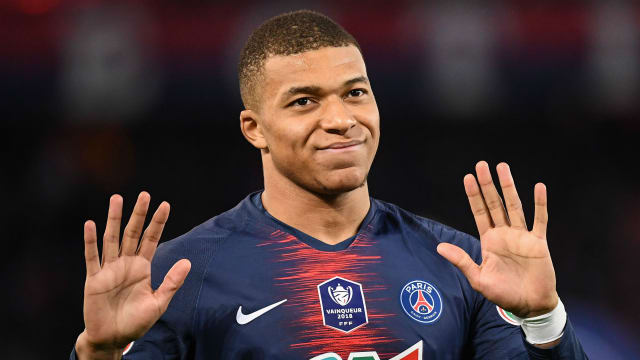 Kylian Mbappe says claims he has issued Paris Saint-Germain with demands ahead of the coming campaign are "fake news".

Mbappe has been linked with a move to Real Madrid after topping Ligue 1's scoring charts as PSG romped to the title last term.

After collecting the award for Ligue 1's player of the year, Mbappe indicated he could be interested in a new challenge.

On Tuesday the @TransferChecker Twitter account claimed Mbappe's representatives have demanded he takes all penalties for PSG, as well as playing in a central role rather than on the wing.

But after the France forward scored the 100th goal of his career for club and country as Les Bleus beat Andorra 4-0 in Euro 2020 qualifying, he laughed off the report.

"Sorry you forgot something, Kylian Mbappe wants to play goalkeeper," Mbappe wrote on Twitter with a smiling emoji.

Sorry you forgot something, Kylian Mbappé want to play goalkeeper