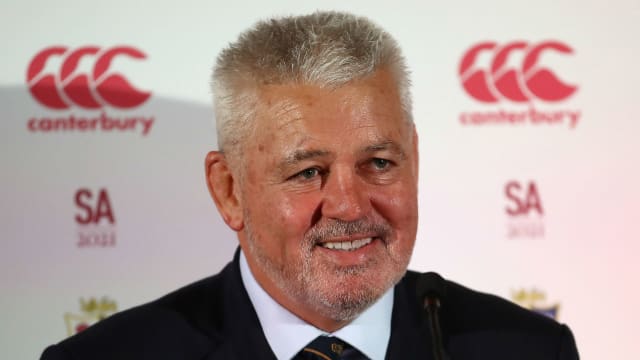 Warren Gatland said he could not turn down a third stint as British and Irish Lions head coach as he has "unfinished business" to settle in South Africa.

Gatland ruled out taking charge of the Lions again after the tour of New Zealand two years ago, which he said he "hated" in part due to the press and negativity in his homeland.

The New Zealander, who will end his tenure as Wales head coach after the Rugby World Cup, has had a change of heart and will lead the Lions in 2021.

Gatland was forwards coach when the Lions were beaten 2-1 by the Springboks a decade ago and the 55-year-old is determined to settle a score.

He said: "I love the Lions as a concept. There were parts of the New Zealand tour that were incredibly challenging.

"It's probably the hardest thing that you'll ever do as a coach in terms of planning and preparation and the scrutiny of the press is always something that's at the forefront of the Lions tour.

"But one of the things about when I reflect back on New Zealand is the hospitality that we had there, the atmosphere in the games that was there was incredible.

"And being part of the Lions and the opportunity to go to South Africa and potentially finish some unfinished business, I couldn't turn my back on the challenge."

Time for every Lions fan to get excited! pic.twitter.com/IsT6zVfdHd

Gatland masterminded a series win over Australia in 2013 prior to a 1-1 draw with the All Blacks and he does not expect to take charge of the Lions again after facing South Africa.

Asked if it will be his last Lions tour, Gatland replied: "I think so, yeah. The challenge for me as the head coach is to go undefeated in a Test series.

"I've been privileged to be involved in what will be four tours. I appreciate the support I've had from someone like [2009 head coach] Ian McGeechan. Being head coach is incredibly special and something I'm proud of."