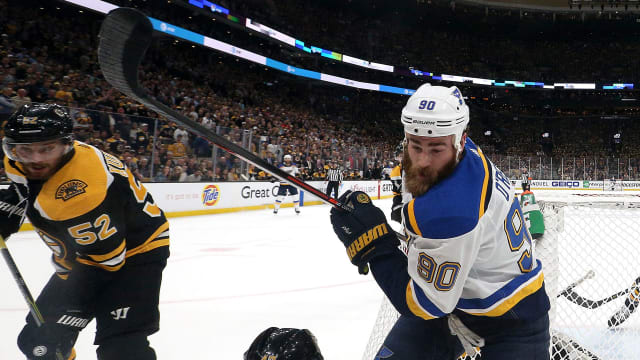 The Blues won the Stanley Cup Final with a 4-1 victory in Game 7 over the Boston Bruins on Wednesday and it had everything to do with O'Reilly.

He scored the first goal of the game, just as he did in the last four games of the Stanley Cup Final.

He finished with a franchise-record 23 points in the playoffs – eight goals, 15 assists – and, most importantly, helped the Blues win their first championship.

O'Reilly beat out Jordan Binnington, who set a rookie record with 16 wins in the Stanley Cup playoffs. The 25-year-old stopped 32 of 33 shots to lead the Blues to a victory in Game 7.

But O'Reilly's overall play was just too good to pass up as he was fantastic in scoring and on the defensive end, leading a forecheck which dominated a very tough Bruins team.

His defense on Patrice Bergeron helped hold down one of the best facilitators in the NHL and win the Stanley Cup.