Northern Ireland have cranked up pressure on Netherlands - O'Neill 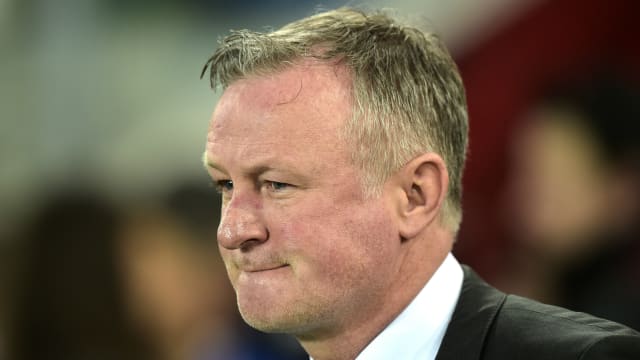 Northern Ireland made it four wins from four games on Tuesday, leaving it late to beat Belarus 1-0 at the Borisov Arena.

O'Neill – whose side overcame Estonia at the weekend thanks to two late goals – had Paddy McNair to thank for another maximum points haul on the road, the Middlesbrough man opening his international account four minutes from time.

The result means Northern Ireland remain three points ahead of second-place Germany, who have a game in hand, and nine above beaten Nations League finalists Netherlands, who have played two fewer games.

They still have to face both of those sides twice and O'Neill says he was determined to build up a sizeable lead over Ronald Koeman's side while they were in Nations League action.

"We have created a points gap between ourselves and Netherlands, who have been in the Nations League," he told Sky Sports. "Hopefully they'll play under more pressure. That was the objective."

4 - @NorthernIreland have started a qualifying campaign for a major tournament (Euros and World Cup) with four straight wins for the very first time in the country's history. Pleasant. pic.twitter.com/C5DZRsXUHK

Northern Ireland host Germany at Windsor Park on September 9 and O'Neill believes his side are capable to springing an upset against a side who thumped Estonia 8-0 on Tuesday.

"They have to go in and believe they can win the game, it's as simple as that," he said of his players. "With the belief, the energy and the home crowd, we're capable.

"The next indication of progress of this team is to take a big scalp and we have two of the biggest scalps coming to Belfast in the next few months."

Northern Ireland struggled for long periods against Belarus but O'Neill was quick to rein in expectations, stating that his side are unlikely to ever register the kind of dominant wins more illustrious teams are capable of.