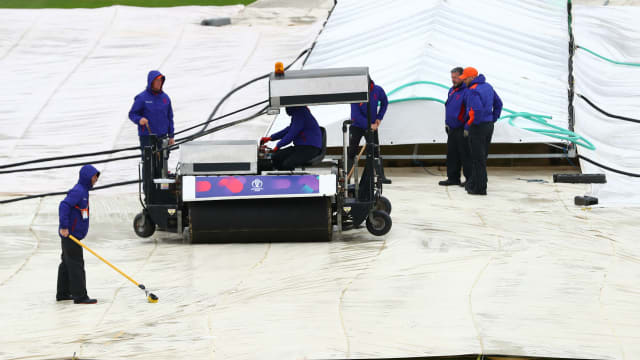 Sri Lanka were again left frustrated by the Bristol weather as their Cricket World Cup clash with Bangladesh was washed out on Tuesday.

No play was possible when Sri Lanka were due to face Pakistan on Friday and rain put paid to the match at the same venue four days later.

Both sides were looking for a second win of the tournament, but persistent rain made conditions unplayable.

West Indies and South Africa also had to settle for a point apiece when their match was called off on Monday, with the struggling Proteas in trouble on 29-2 after 7.3 overs at the Rose Bowl.

Sri Lanka will now turn their attention to facing holders Australia at The Oval on Saturday, while Bangladesh have to wait until Monday for their next match against the Windies at Taunton.

Unfortunately, Bangladesh's #CWC19 fixture against Sri Lanka has been called off due to the inclement weather.

The points have been shared. pic.twitter.com/GHqKa0Hm48