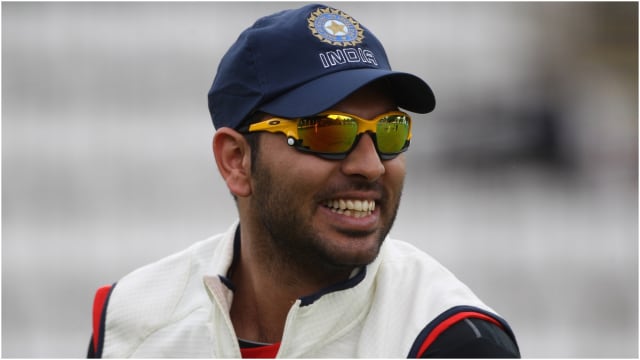 Yuvraj Singh will focus his attention on his cancer foundation, YouWeCan, after announcing his retirement from international cricket and the IPL.

The India all-rounder called time on his career on Monday, two years on from his last appearance for his country.

Yuvraj starred at the inaugural World Twenty20 in 2007 and then the Cricket World Cup four years later, before incredibly returning after being diagnosed with cancer and completing three cycles of chemotherapy.

The 37-year-old, announced his decision to the media and described the "rollercoaster" of celebrating huge victories before facing the illness.

And now he plans to dedicate more time to helping others, having already settled on his "next focus in life".

"I gave my blood and sweat to the game once I got on to it, especially when it came to representing my country," Yuvraj said.

"Since my childhood, I always tried to fulfil my father's dream to play for India and win the World Cup and I can say I was lucky to have achieved it.

"My life has been like a rollercoaster ride. Winning the 2011 World Cup, being man of the series, four man of the match awards, it was all like a dream, which was followed by a harsh reality, getting diagnosed with cancer.

"It was like touching the sky then falling down at light speed and hitting the ground hard. All this happened so quickly and when I was at the peak of my career.

As @YUVSTRONG12 calls it quits on his glorious career, we rewind the clock and look at his most iconic cricket moments. Thank you for the memories Yuvi #TeamIndia#YuvrajSingh

"But in that moment, everyone I knew to whom I mattered stood together for me, my fans, my friends, my family. Thank you to both my doctors.

"This brings me to my next focus in life, which is to help cancer patients through my foundation, YouWeCan.

"We have also started our own merchandising arm, YWC, for the foundation, to help generate funds for the cause. I really want to make a difference to society by setting examples through my inspiring story.

"On a lighter note, I would say I am extremely lucky to play 400 plus games for India. I would not have imagined doing this when I started my career as a cricketer.

"To be a part of history that was made after 28 years, I mean, honestly, what more could I ask for?"