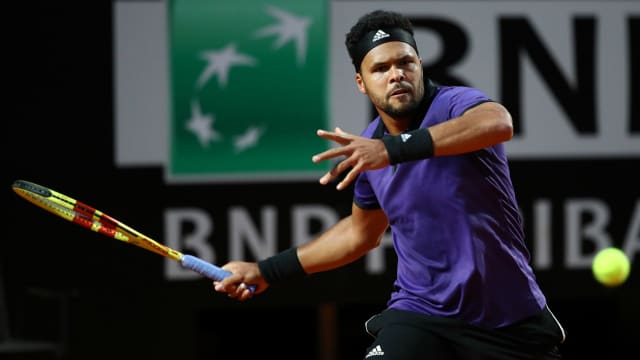 Jo-Wilfried Tsonga powered to victory over Mischa Zverev at the Stuttgart Open, where the home fans also saw Philipp Kohlschreiber fall to defeat.

"With the year I've had last year, I just want to play and do my best during the grass swing. There is no special goal."

Feeling good to be back on grass @MercedesCup#keepgoing#TsongaTeampic.twitter.com/km2Sr3yqz0

Kohlschreiber lost out to teenager Miomir Kecmanovic, who battled to a 4-6 7-5 6-3 victory on a Monday that only saw two completed matches at the tournament due to rain.

Top seed Alexander Zverev, who gets a bye to the last 16, is among six players in the world's top 20 taking part in the event.

"Of course you want to play your best tennis in the final of Wimbledon - but to do that you've got to play great before as well," said Zverev, who will play two tournaments at home in Germany as part of his preparations, with Halle next after this one.

There were no major upsets at the Rosmalen Grass Court Championships, as Frances Tiafoe and Cristian Garin - the sixth and seventh seeds - progressed in straight sets.

Tiafoe defeated Joao Sousa 6-2 7-6 (7-0), while Salvatore Caruso lost out 6-1 6-4 to Garin. Taylor Fritz, Robin Haase and Jordan Thompson were the day's other winners in the Netherlands.