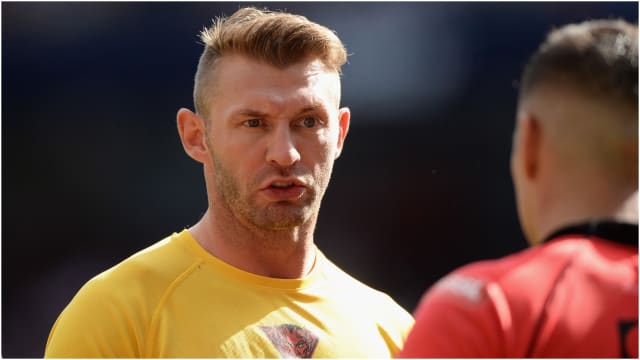 St Helens assistant coach Sean Long will switch to rugby union with Harlequins from next season.

The former England rugby league international will take a first stride into union as an assistant with the Premiership outfit after helping Saints to the top of Super League this term.

Long, who won the Man of Steel award as a St Helens player in 2000, said: "I'm really excited to be joining Harlequins.

"It's time for me to pursue a new challenge and Quins is a top club with a group of talented players and hard-working staff; I can't wait to join up with them.

"I wanted to take this opportunity to thank everyone in rugby league for the time I have had there, but now I'm focused on Harlequins and am looking forward to getting started on the preparations for next season."

Meanwhile, St Helens have been dealt a blow by a groin injury to captain James Roby, who is set to be out for a month.

"Robes has been struggling with it for a while," head coach Justin Holbrook said. "He'll get some minor surgery this week, so he'll probably miss four weeks."