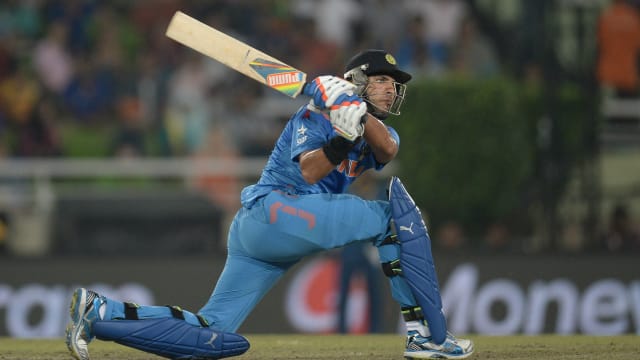 Yuvraj Singh's esteemed international career has come to an end after the India all-rounder announced his retirement on Monday.

The 37-year-old was best known for his tournament-winning turn at the 2011 Cricket World Cup, but bows out with a record rounded across all formats.

A star both with bat and with ball, Yuvraj made history in India colours.

Following news of his decision, with the help of Opta, we take a look at the key numbers behind his India career.

301 - Playing 304 ODIs in total, Yuvraj appeared 301 times for India in the format. He is sixth on the all-time appearance list for his country.

8609 -Only six India players have scored more ODI runs for their country than Yuvraj's 8609.

12 - Yuvraj hit the fastest T20 half-century against England in 2007, needing just 12 balls. That effort has since been matched by Chris Gayle and Hazratullah Zazai, but those knocks were not at international level.

1 - That stunning innings against England included six sixes from a Stuart Broad over, becoming the first player to achieve that feat in a T20 International.