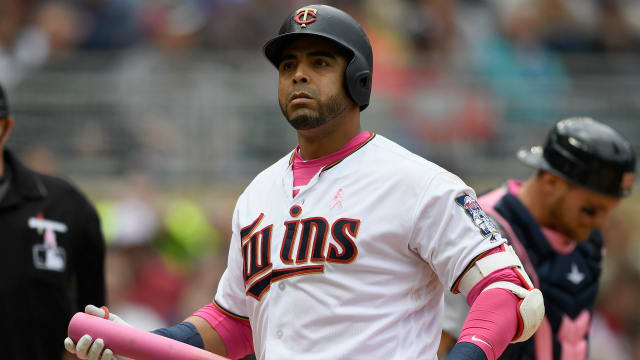 The Minnesota Twins continued their homer-happy ways in MLB, hitting four more to key a 12-2 rout of the Detroit Tigers in MLB on Sunday.

Nelson Cruz got the party started with his 11th home run, a two-run shot off Detroit starter Ryan Carpenter in the first inning. Cruz has now homered in four straight games.

Eddie Rosario, Byron Buxton and Miguel Sano also homered for Minnesota. Jake Odorizzi yielded only one run in six innings, striking out eight, to run his record to 9-2.

It was just another day at the office for Twins sluggers, who are on a record pace for home runs. With an MLB-leading 125 home runs, the Twins are on course to hit 316, which would shatter the season record for home runs by a team (267) set just last year by the New York Yankees.

What is especially remarkable about the home-run surge is the fact the Twins are making good contact at the plate. They have an MLB-leading .274 team batting average while registering the third-fewest strikeouts of any team. Minnesota lead the majors with 382 runs scored.

Games left before the Break: 25.#BombaSquad#TwinsWinpic.twitter.com/4EwaJA2KNs

That offense has powered the Twins to a 43-21 record and a comfortable 10.5-game lead over the Cleveland Indians in the American League (AL) Central.

Sunday's win marked the final leg of a 10-game road trip against the Tampa Bay Rays, Indians and Tigers. The Twins finished 6-4 on the trip, but manager Rocco Baldelli said it was nice to have a breather after some close games.

New York Mets right-hander Noah Syndergaard pitched seven scoreless innings, gave up only one hit and struck out seven in a win over the Colorado Rockies.

Seattle Mariners slugger Edwin Encarnacion hit a pair of home runs and drove in three in a win over the Los Angeles Angels.

DH Yandy Diaz had four hits, including a home run, and scored a couple of runs in the Rays' 6-1 win against the Boston Red Sox.

Miami Marlins left fielder Austin Dean went three for four with a home run and three RBIs in a loss to the Atlanta Braves.

Indians starter Shane Bieber gave up five runs in 1.2 innings against the Yankees.

The Washington Nationals hit four straight home runs in the eighth inning in a 5-2 win over the San Diego Padres, with Howie Kendrick, Trea Turner, Adam Eaton and Anthony Rendon going deep. Washington, who also hit four straight in a game against the Milwaukee Brewers in 2017, becomes the first team to accomplish the feat twice.

The Braves' Ronald Acuna Jr. tied it up with a three-run blast in the ninth.

We began the 9th inning trailing 5-1.

Everyone knows what the Yankees have done this season despite a rash of injuries to key players, but the Mets have been playing well lately, winning four of five. Masahiro Tanaka (3-5, 3.42 ERA), just back from the paternity list after welcoming a baby daughter, goes for the Yankees, against veteran lefty Jason Vargas (2-3, 3.57 ERA).