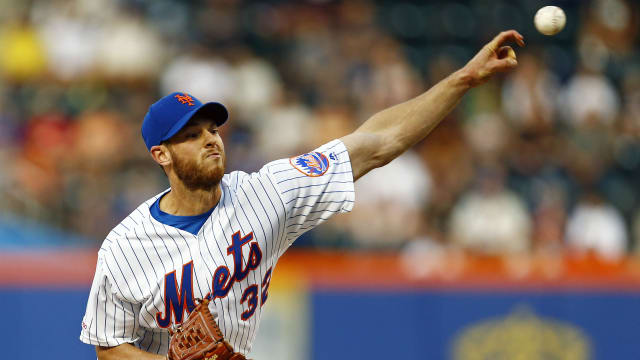 Steven Matz led the way as the New York Mets beat the Colorado Rockies 5-3 in MLB action on Saturday.

Mets pitcher Matz recorded 10 strikeouts through six innings of work against the Rockies at Citi Field.

But Matz was not the only member of the Mets to shine, as Pete Alonso and Carlos Gomez each hit home runs.

Colorado's Jon Gray was no slouch though and totalled eight strikeouts of his own. The Rockies' failure to get extra-base hits just left them short-handed.

The Mets are now six games adrift of the Philadelphia Phillies in the National League East and have won three of their last four contests.

David Price notched 10 strikeouts in the Boston Red Sox's 5-1 triumph over the Tampa Bay Rays, who won the opener of Saturday's double-header 9-2.

Jorge Soler went 0 for four with three strikeouts in the Kansas City Royals' 2-0 loss to the Chicago White Sox.

Anthony Santander robbed the Houston Astros of a home run as the Baltimore Orioles triumphed 4-1.

Which is more impressive: the catch or the throw? pic.twitter.com/KP9buNyT5o

Philadelphia have won four straight games and sit atop the NL East. Cincinnati are looking to not get swept by the Phillies this week and gain some ground in the NL Central.