De Ligt: Ronaldo asked me if I would join Juventus 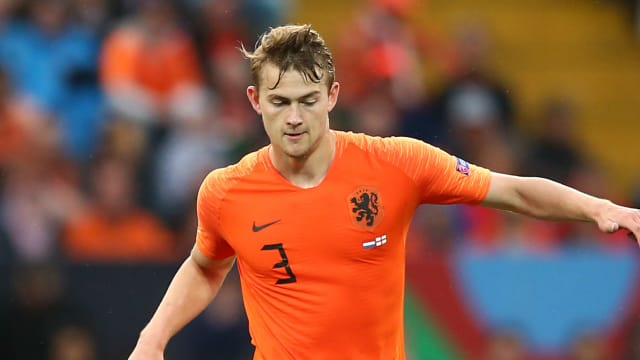 Ajax and Netherlands star Matthijs de Ligt revealed Cristiano Ronaldo asked him if he would join Juventus next season.

De Ligt, 19, is expected to make a big-money move from Ajax in the close season, with Paris Saint-Germain or Barcelona reportedly his most likely destinations.

But Juve star Ronaldo wasted no time trying to get the defender to Turin after Portugal edged Netherlands 1-0 in the Nations League final on Sunday.

Asked if Ronaldo had questioned if he would be his team-mate at Juventus, De Ligt told NOS: "That could be true, yes.

"I didn't understand him at first. I was a little shocked, so I laughed, but I didn't say anything.

"Shortly after the game you are not at all concerned with it, you are disappointed you have lost and that is the only thing you are thinking about."

Manchester United and Liverpool have also been linked with a move for the centre-back, who enjoyed a stellar 2018-19 as Ajax reached the Champions League semi-finals.

But De Ligt is looking forward to a break before his future is decided, saying: "I will first go on a nice vacation and rest.

"I will let it happen and then I will see."