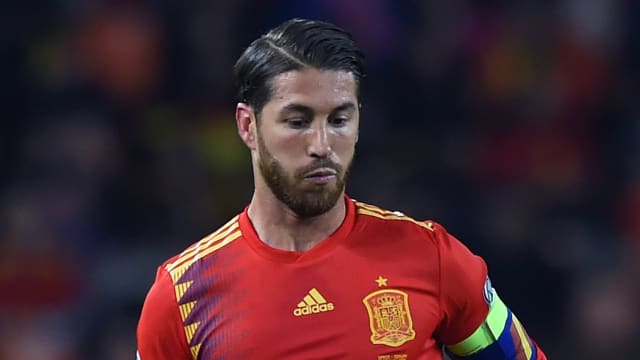 Friday's 4-1 win away to Faroe Islands moved Ramos clear of Iker Casillas in the all-time standings thanks to his 122nd international victory, in which he scored the opening goal.

The defender made his senior Spain debut in March 2005 as a teenager and has won the World Cup and two European Championships during a superb international career.

Following his latest achievement, Ramos paid tribute to ex-Sevilla and Arsenal forward Reyes after he was killed in a traffic accident last week.

We are deeply saddened to learn of the passing of Jose Antonio Reyes today.
Reyes was a member of Spain's 2006 World Cup squad.
Our condolences and best wishes are with his loved ones. RIP. pic.twitter.com/pweTiQTT5D

"After the tragedy of our friend Reyes, what better way to remember him than by breaking a record with a headed goal - that's very significant for me," Ramos said in a video published by the Royal Spanish Football Federation (RFEF).

"It's for Jose Antonio's whole family and in his memory. May he rest in peace.

"I'm tremendously proud to be able to break this world record. It's something that's said quickly, but ultimately, it's been many games and many years here [with the national team].

"To have a world record for wins and to be the player who has the most is a joy that makes you excited to keep working and coming back to the national team.

"Hopefully, we can keep winning. It would be a really good sign."

122 - Sergio Ramos has won 122 games for Spain, more than any other player for Spanish team ever. Winner pic.twitter.com/afsrhfSI2o

Ramos was linked with a move to the Chinese Super League but confirmed at a news conference that he plans to stay at Real Madrid.

Head coach Zinedine Zidane has added Eden Hazard, Luka Jovic and Eder Militao to his squad, along with Rodrygo, who arrives from Santos, for the 2019-20 season.