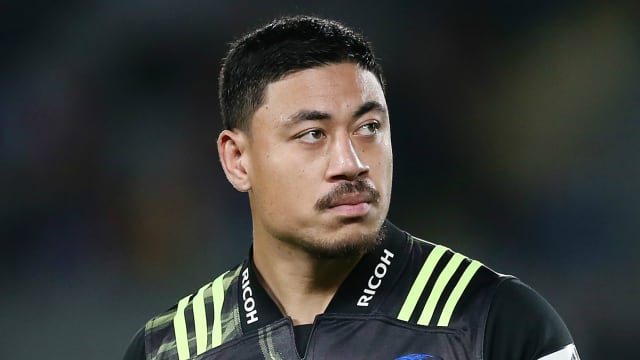 The Lions have battled the heartache of losing the last three Super Rugby finals but a different level of disappointment may await the Johannesburg team.

They face potential play-off exile if they fail to beat the Bulls in next week's final round of the regular season, after Saturday saw them blown away 37-17 by the Hurricanes at Ellis Park.

Swys de Bruin's team were in the game at half-time, when 10-10 was just reward for a promising performance that saw wing Aphiwe Dyantyi cross for their try, but it was a different story after the interval.

Ben Lam touched down for the Hurricanes in the early moments of the second half and the Wellington side pulled away, with Lam again touching down and Dane Coles also finishing with a brace.

The Hurricanes, meanwhile, are now guaranteed to be seeded and bolstered by home advantage for their quarter-final in the play-offs.

The Hurricanes secure their fifth-consecutive away victory after comfortably defeating the Lions in Johannesburg.

The Stormers are another side whose play-off prospects are in the balance, and the clash with the Sharks next weekend will determine the fate of the Cape Town side after a 31-18 win against the Sunwolves.

Jaco Coetzee crossed for two of the Stormers' tries on Saturday, with Bongi Mbonambi and Craig Barry also dotting down against this season's whipping boys.

Semisi Masirewa grabbed a pair of tries in reply for the Sunwolves.