Bottas to 'look in the mirror' after poor qualifying 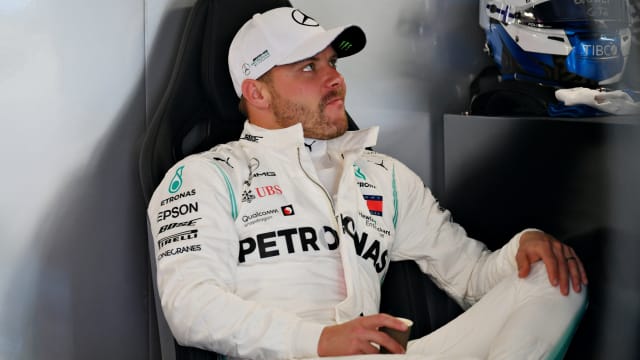 Valtteri Bottas will "look in the mirror" to investigate what went wrong after qualifying a poor sixth at the Canadian Grand Prix.

After finishing in the fop four positions across each of the three practice sessions, the Finn struggled in Q3 on Saturday.

Bottas did not set a time in his first run after spinning at turn two, fortunate not to hit the wall and end his session altogether.

That left him with one run at the end of qualifying to determine his grid position, but a scrappy effort was 0.861seconds adrift of Sebastian Vettel's pole time, with Lewis Hamilton and Charles Leclerc completing the top three.

Bottas will even line up behind Daniel Ricciardo and Pierre Gasly, with the fourth, fifth and sixth positions separated by just three hundredths of a second.

How did @ValtteriBottas keep that out of the wall. What a save!

Mercedes team-mate and championship leader Hamilton has a formidable record to his name in Montreal, where he has won six times, meaning Bottas has significant work to do to prevent the 17-point gap to the Briton in the drivers' championship increasing.

"I need to have a look in the mirror and find out what went wrong," Bottas said after the session. "I'm not sure what happened - the first run was my mistake, I had a snap out of turn two.

"I was trying to minimise the time and trying to keep going, then I was on the back foot. I was still confident I could do it, but it was a messy lap.

"For sure you can overtake here so let's see what difference there is in strategy. There’s no point in giving up on anything for Sunday. This is racing, for sure I’m not going to give up."