Kante pulls out of France squad ahead of Euro 2020 qualifiers 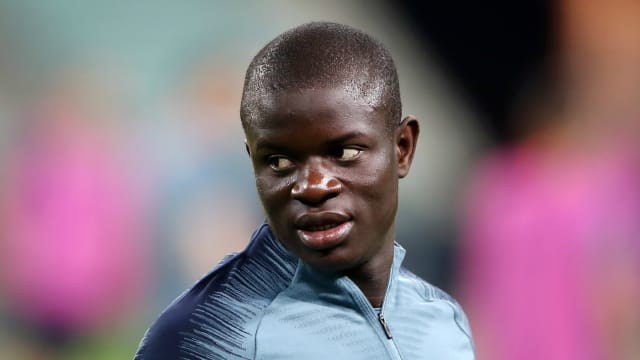 N'Golo Kante will miss France's toughest Euro 2020 qualifying fixture after being ruled out of matches against Turkey and Andorra due to a knee concern.

The Chelsea midfielder pulled out of the squad following an assessment of the injury he sustained in the lead-up to the Europa League final win over Arsenal.

Kante, 28, made a quick recovery to play the full match in Baku but Les Bleus are taking no chances with his fitness.

"After meeting with the medical staff following the evolution of his right knee injury, coach Didier Deschamps decided to release the international midfielder from Chelsea FC before leaving for Konya, Turkey, scheduled for Friday morning," read a statement from the French Football Federation.

"He will not be replaced in the group."

Unfortunately, @nglkante will not be able to take part in the qualifiers against Turkey and Andorra due to a knee injury, and will therefore not fly out with the squad on Friday. Didier #Deschamps has decided against calling up a replacement. #FiersdetreBleus#EURO2020pic.twitter.com/RvFaC2BEuq

Kante's withdrawal leaves head coach Deschamps with an important decision to make over who will partner Paul Pogba in midfield against tricky Group H competitors Turkey on Saturday.

The nations sit level on six points after winning their opening two games in March.