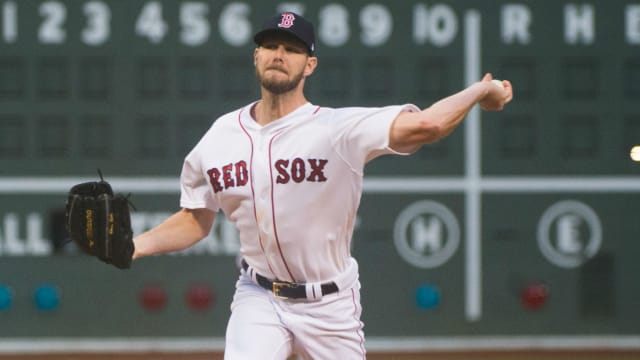 Sale and Vargas were close to perfect in their matchups as the Red Sox blanked the Kansas City Royals 8-0 and the Mets defeated the San Francisco Giants 7-0.

Both pitchers tossed shutouts on Wednesday. Sale put up the best performance of his career – giving up three hits, walking none and striking out 12.

The win was just the second of the season for Sale, but it was also the second time he tossed an immaculate inning (nine pitches, three strikeouts).

Vargas was not as overpowering, but he was as dominant allowing five hits, a walk and striking out eight for the Mets.

The lefty has been the Mets' best starter since mid-April as he has made seven appearances and given up just one earned run or less in six of them. His ERA since April 19 is 1.84.

Tampa Bay Rays starter Charlie Morton moved to 7-0 for the season with seven shut-out innings in a 4-0 victory against the Detroit Tigers.

Brian Anderson went three for four with a home run and four RBIs as the Miami Marlins beat the Milwaukee Brewers 8-3.

Los Angeles Dodgers outfielder Joc Pederson went 0 for five with two strikeouts in a 3-2 loss in 11 innings to the Arizona Diamondbacks.

Ohtani goes back, way back

The Nationals are finally starting to move in the right direction with six wins in their last seven games, while the Padres are moving in the wrong direction having lost seven of 10.