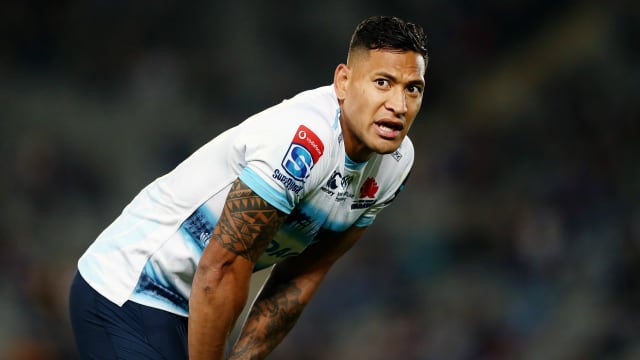 Israel Folau has launched legal action against Rugby Australia (RA) and the Waratahs, claiming his contract was unlawfully terminated due to his religion.

The 30-year-old had been warned for similar comments last year and was this time found guilty of a "high-level breach" of the governing body's code of conduct.

Folau did not appeal his dismissal but insisted he was not accepting the findings.

"I simply do not have confidence in Rugby Australia's ability to treat me fairly or lawfully throughout this process," he said.

And Folau's legal team have now filed applications with the Fair Work Commission, according to a statement released on Thursday.

The statement referred to section 772 of the Fair Work Act, which states that employment cannot be terminated due to an employee's religion.

Folau, who is reportedly seeking up to 10million Australian dollars in damages, said: "No Australian of any faith should be fired for practising their religion."

Earlier on Thursday, Folau's brother, John, who is yet to make his Super Rugby debut, was released from his Waratahs contract for "personal reasons".

Coach Daryl Gibson said John Folau had "divided loyalties" due to the dispute between his brother and the team.