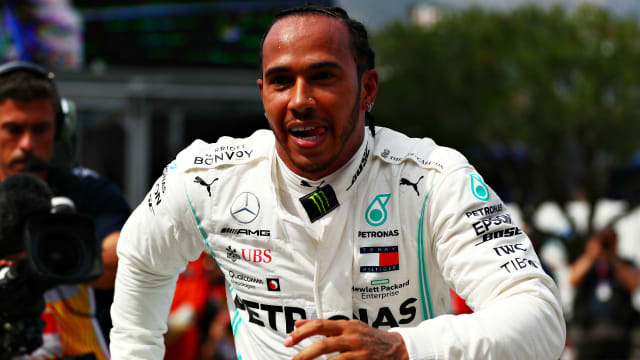 Lewis Hamilton is in dominant form in Formula One this season, moving 17 points clear in the drivers' standings last time out.

And few rivals will relish the prospect of a trip to Montreal for the Canadian Grand Prix, where the Mercedes star has won time and again.

Sebastian Vettel came out on top last year, though, and he too has pedigree at the Circuit Gilles Villeneuve.

We take a look at the key Opta numbers as the sport's two biggest names prepare to do battle again this weekend.

1 - Nico Rosberg is the only driver other than Hamilton (six) or Vettel (four) to take pole position at the past 11 Canadian Grands Prix.

4 - The past four drivers to start from pole position in Montreal have gone on to win.

6 - Six races into the season, both Mercedes men have been on the podium at each meeting.

7 - Victory for Hamilton would see him tie Michael Schumacher for the most wins at the Circuit Gilles Villeneuve. It would also become the Briton's outright most successful GP.

13 - McLaren have tasted victory most often in Canada, but Ferrari (12) are just one win behind.

#CanadianGP countdown
Two more sleeps until we’re out on track preparing for the weekend! #essereFerraripic.twitter.com/Is6UAgDoTw

14 - Vettel's run of completed races without victory is now up to 14, the worst of his career.

99 - With Mercedes dominating since Charles Leclerc qualified fastest in Bahrain, F1 is still waiting on its 100th different driver to secure pole position.

994 - Daniel Ricciardo is still six points shy of 1,000 in F1. Mark Webber is the only Australian to have reached that milestone.