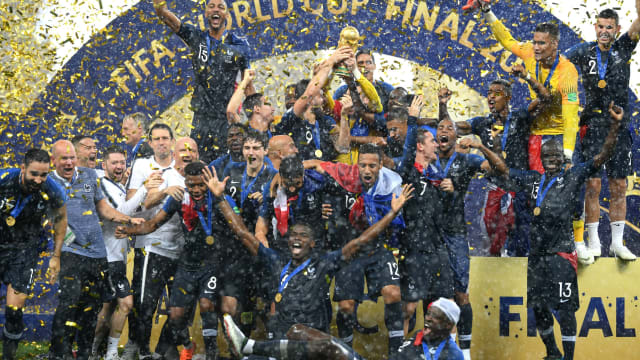 France's World Cup squad were awarded the Legion of Honour by president Emmanuel Macron on Tuesday.

Les Bleus were given the highest honour of merit in French society to commemorate their triumph in Russia last year.

Didier Deschamps' side claimed their second World Cup with a 4-2 win over Croatia in the final and three of their goalscorers from that game – Paul Pogba, Antoine Griezmann and Kylian Mbappe – were all in attendance at the Elysee Palace in Paris.

France warmed up for the Euro 2020 qualifiers against Turkey and Andorra on Saturday and Tuesday respectively with a routine 2-0 friendly win over Bolivia last Sunday.

The world champions were awarded the Legion of Honour by France President Emmanuel Macron today at the Elysee Palace #FiersdetreBleus  pic.twitter.com/QOcZlk6hLT