F1 Raceweek: Canada a welcome distraction for Vettel and Ferrari 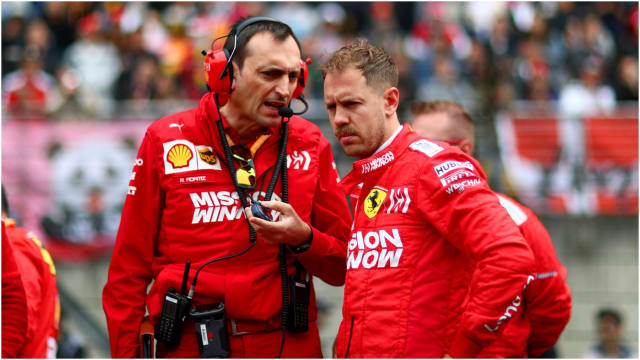 Ferrari have endured a miserable start to the 2019 season, with star driver Sebastian Vettel repeatedly questioned as they trail Mercedes.

The German is yet to taste victory this year, only reaching the second step of the podium once last time out, and a week off has done little to change the mood music.

In the absence of racing, reports have emerged that Vettel might be ready to call time on his Formula One career come the end of the campaign.

The suggestion has been that the four-time champion is no longer enjoying F1 - a reasonable thought given Ferrari's form this season.

But Vettel responded this week, telling Auto Bild: "I have no plans to stop in Formula 1. I still have a lot of fun and I still have something to do at Ferrari."

The 31-year-old won the Canadian Grand Prix - a race that rival Lewis Hamilton typically enjoys - last year and was quick to turn the conversation back towards Montreal.

"We want to try everything again this season to bring about a turnaround [in fortunes] and the Canadian Grand Prix should be the start," Vettel added.

All about that CAN-do attitude this week
T-3 until #FP1#essereFerrari#CanadianGP#Seb5#SF90pic.twitter.com/4PBLl7F2ZS

If the good news for Ferrari is that Vettel remains focused on the task at hand, the bad news is that reeling in Mercedes is unlikely to get any easier in the near future.

The Scuderia have brought a series of updates in recent raceweeks but failed to catch their rivals.

And team boss Mattia Binotto admits improvement may not be immediate, with no further upgrades on the horizon to help Vettel and Co.

"We know we're not competitive enough right now," he said.

"And, for the time being, we haven't got any more changes coming on the car that will have a significant effect on the problems we have encountered since the start of the season."

It will be up to Vettel and Charles Leclerc to turn things around in Montreal.

If Hamilton wins in Montreal, he would equal Michael Schumacher as the driver with the most victories at the Circuit Gilles Villeneuve (seven).