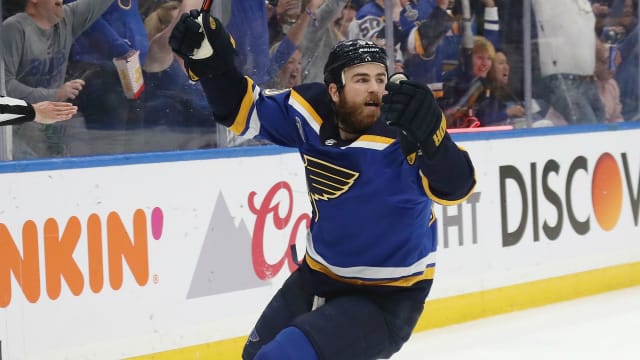 The St Louis Blues evened the Stanley Cup Final against the Boston Bruins on Monday.

The Blues claimed a 4-2 victory in Game 4 on Monday, giving each team two wins in the series.

The Bruins will try and pull ahead again in Game 5 on Thursday.

Here are three takeaways from the Blues' Game 4 win.

The Blues were outstanding in their pursuit of goals against the Bruins.

When everyone is being that aggressive and nobody can be keyed in on, the Blues will be hard to beat.

Boston's defense had their hands full

The Bruins had their hands full all game on the defensive end.

Players other than Tuukka Rask blocked a total of 15 shots. Task had 34 saves and did not have his defensive anchor and team captain Zdeno Chara for a large portion of the contest. He exited the game in the second period after being struck in the face with the puck.

Chara returned to the bench in the third period but did not touch the ice again.

The Blues center has not had the brightest playoff performance overall, but he came through for his team in a big way in Game 4.

O'Reilly gave St Louis the lead early with the first score of the game, and also put them ahead later on to make the score 3-2.

Before Monday, he had not scored since May 11 and the two-time All-Star could provide an important spark if he stays hot.