Rumour Has It: Tottenham to splash the cash for Poch 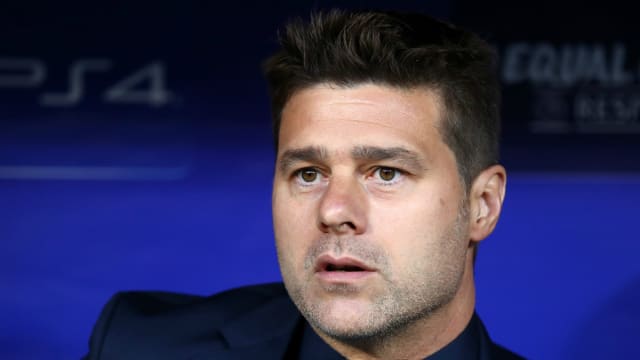 Could Daniel Levy be about to loosen Tottenham's purse strings?

According to the Mirror, Tottenham are set for a spending spree to ensure manager Mauricio Pochettino does not quit.

Pochettino has been linked to Juventus and Manchester United, and the Argentinian is in a strong position after leading Spurs to their first Champions League final – without signing a player in 2018-19.

Show me the money is the message from Pochettino, and chairman Levy is set to listen.

With the new stadium built and finally occupied, Pochettino may now have a substantial transfer kitty to preserve Tottenham's position in the Premier League top four.

-Inter boss Antonio Conte could be about to finally link up with Romelu Lukaku. After Conte saw Lukaku snub Chelsea for Manchester United in 2017, the Belgium striker is prepared to take a pay cut to join Inter, according to Sport Mediaset. The €70million transfer fee is reportedly a sticking point, with the Serie A side willing to offer Ivan Perisic as part of a potential deal.

- Real Madrid will not have it easy when it comes to their pursuit of Christian Eriksen. Per AS, Florentino Perez and Levy met prior to the Champions League final with Eriksen believed to be on the agenda. The Tottenham midfielder is a target for Madrid, who are looking to overhaul their squad with Chelsea's Eden Hazard andManchester United star Paul Pogba. Madrid's interest in Pogba could see the Spanish giants offer Gareth Bale as part of a swap, according to The Times.

- LaLiga champions Barcelona are apparently nearing a transfer for Valencia forward Rodrigo Moreno. Sport say Barca are in negotiations to sign the 28-year-old, who has a €120million release clause.

- According to Tuttosport, Maurizio Sarri will have a decisive meeting with Juventus on Wednesday. The Chelsea coach is reportedly poised to succeed Massimiliano Allegri and a potential switch to Turin could see the Italian champions raid his former club Napolifor star defender Kalidou Koulibaly. Juve have also been linked with an €85m bid for Ajaxcaptain Matthijs de Ligt.

- It looks like Manchester United will have to spend big to prise Manchester City target Joao Felix from Benfica. The Portuguese champions are demanding more than £100m, according to Correio da Manha.