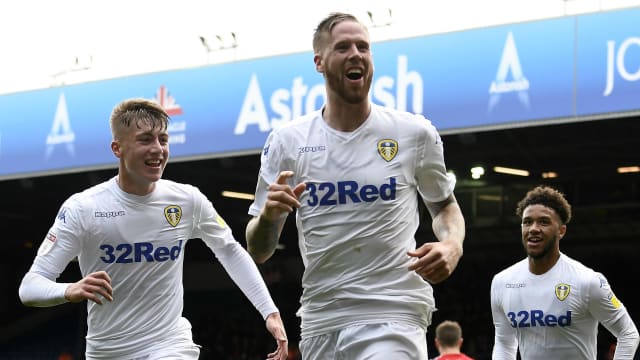 Marcelo Bielsa could face a fight over his most talented players following the failure to win promotion to the Premier League.

Young winger Jack Clarke has been linked to Tottenham, while Aston Villa are rumoured to be monitoring midfielder Kalvin Phillips.

Top scorer Kemar Roofe is also entering the final season of his contract and Grayson advised his ex-employers to focus first and foremost on retaining their crop of young prospects.

He thinks selling Jansson, who has been linked with Premier League clubs including Wolves and Newcastle United as well as Benfica, would not necessarily be a bad decision.

"There are other players I would want to keep ahead of Pontus Jansson," Grayson told Omnisport. "People like Kalvin Phillips and Jack Clarke, the younger players who can be the bedrock of Leeds for the next few years.

"I think Jansson does well when he concentrates on what he is there to do, in terms of being a defender

"Of course, they want to try and keep hold of them if possible, but players have been sold in the past to finance the next group of players.

| @PJansson5 has been named in Sweden’s squad for their Euro 2020 qualification fixtures against Malta and Spain next month pic.twitter.com/oBJMdslh9k

"Roofe has proved he is goalscorer and Phillips, with his versatility and age, his ability on the ball, he is such a key player for what Leeds have done this season.

"I think he has a really bright future in front of him and let's hope they can keep hold of him."

It could be a period of upheaval at Elland Road with Qatari Sports Investments, the group that controls Paris Saint-Germain, reportedly in talks to acquire at least a minority stake from owner Andrea Radrizzani.

Fresh investment would boost the Yorkshire club's bid to end a 15-year absence from the Premier League but Grayson, whose Leeds side sat second at Christmas in 2010, believes they might already be there had Bielsa been more aggressive in the transfer market.

We don’t stop to believe! We work harder to build a modern and successful club #MOT thank for the amazing support to to the fans and thank to players, coaches, management and everyone involved at the club for the commitment shown all season  we will be back stronger pic.twitter.com/oJdpA5Ye7D

Leeds failed to land top target Daniel James from Swansea City in January and surrendered second spot to Sheffield United, before losing out in the play-offs to Derby County.

"I think personally I would have strengthened in January," Grayson said.

"That was his decision, but I just felt they were a couple of players short of getting over the line."