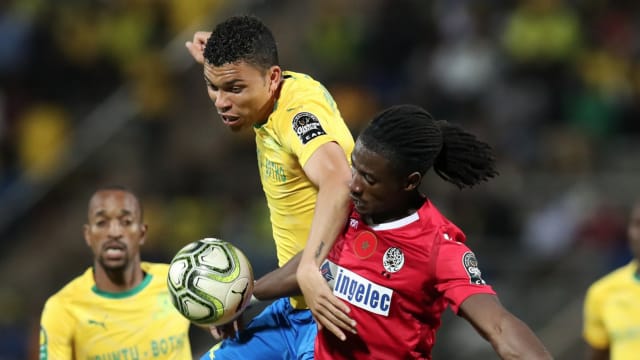 The Confederation of African Football (CAF) has called an emergency meeting to discuss the extraordinary events that unfolded at the Champions League final.

Youcef Belaili had scored the only goal of the game in the 41st minute before Wydad appeared to equalise in Rades.

But the goal was wrongly ruled out for offside and, with the VAR system seemingly not working, Wydad protested at length.

Eventually the referee called an end to proceedings, with ES Tunis able to celebrate being crowned champions for a second successive season.

However, CAF has now announced an Emergency Executive Committee will be held on June 4 to consider what happened in the final.

"The agenda to be discussed will be the regulatory solutions regarding this match," CAF statement said in a brief statement on Sunday.

The first leg of the CAF Champions League final, which ended in a 1-1 draw, was also marred by controversy.

Egyptian match official Gehad Grisha was suspended for six months after a complaint from the Royal Moroccan Football Federation.

CAF's statement on the Egyptian referee's suspension confirmed he was banned for "poor performance".