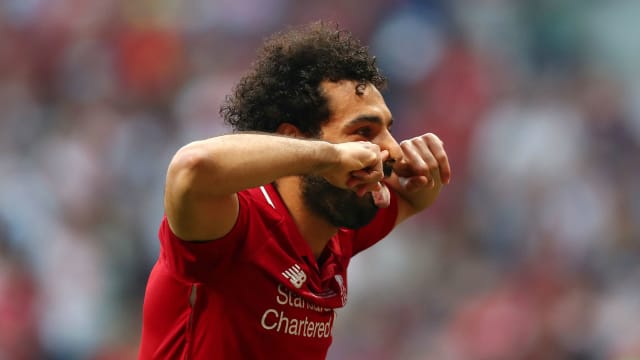 Mohamed Salah put last season's final heartbreak behind him by setting up a 2-0 win over Tottenham in Madrid and a sixth Champions League triumph for Liverpool.

Egypt star Salah was infamously injured in a challenge with Real Madrid captain Sergio Ramos before the Reds subsided to a 3-1 defeat in Kiev 12 months ago but grabbed the opener in a largely forgettable contest at the Wanda Metropolitano.

Liverpool and their Premier League counterparts played in fits and starts thereafter, with Spurs enjoying their most consistent spell of pressure before substitute Divock Origi added to his semi-final brace against Barcelona by drilling clinically into the bottom-right corner three minutes from time.

01:48 – Mohamed Salah’s opener for Liverpool is the second fastest goal in a Champions League final, only behind Paolo Maldni (00:50) for AC Milan versus Liverpool in 2005. Blocks. #UCLfinalpic.twitter.com/xymH4g79DG