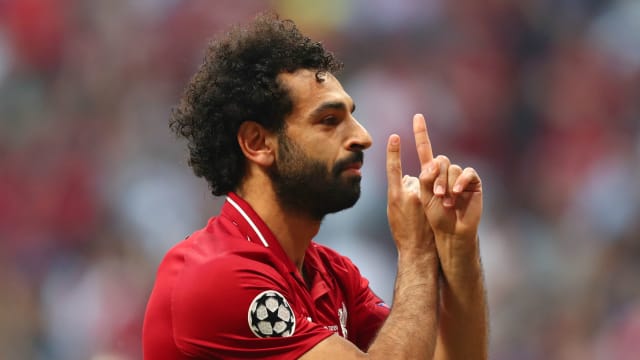 Mohamed Salah made reference to the injury he suffered in the 2018 Champions League final after scoring an early penalty in Liverpool's 2-0 win over Tottenham in this year's showpiece.

The forward, who came off injured in the Reds' 3-1 defeat to Real Madrid in May 2018, lashed home a spot-kick to give Liverpool a second-minute lead at the Wanda Metropolitano before Divock Origi's 87th-minute strike made sure that the occasion was a happier one for Salah.

In the 2018 showpiece, Salah left the pitch in tears having suffered a shoulder injury in a challenge from Madrid defender Sergio Ramos, and the Egyptian was pleased to finish the game this time around.

"Honestly I don't know what to say but everyone is happy now," Salah told BT Sport.

"I am very glad to play a second final in a row and play 90 minutes, finally!

"Everyone did their best to win the game. All the team were unbelievable today."

Although VAR was available, the decision to award Liverpool a penalty after Moussa Sissoko handled Sadio Mane's cross was not reviewed.

Salah had previously indicated that he felt the introduction of VAR in Premier League matches would not necessarily improve the game, but changed his tune as Liverpool celebrated, saying: "I like it anyway now!"

Reflecting on his journey from being a young player at Al Mokawloon in his home country to becoming a European champion, Salah said the road had not been easy.

"I sacrificed a lot in my career, especially going from my village to Cairo to play and back," he said.

"To be an Egyptian at this level is unbelievable."

He added on beIN SPORTS: "It was my dream since I was seven years old to win the Champions League title. I want, next year, to be the first Arabian player to win this title two times."