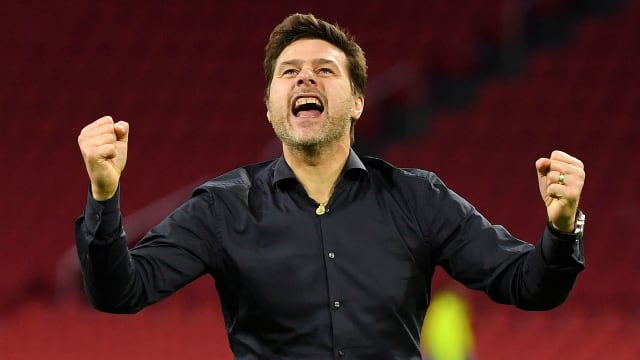 Spurs will contest the Champions League final against Liverpool in Madrid on Saturday, with both Pochettino and counterpart Jurgen Klopp aiming to win their first European titles.

Pochettino's side truly defied the odds to come through dramatic ties with Manchester City and Ajax – against whom they needed a last-gasp goal to draw 3-3 on aggregate after going 3-0 down – en route to the final, while they have not bought a single senior player for almost 18 months.

Although he has earned acclaim for Spurs' campaign, for a period earlier this season it looked as though his days at the club were limited, with United circling in the wake of Jose Mourinho's sacking.

But, United went for Ole Gunnar Solskjaer and, as Pochettino prepares to take Spurs into a first European final since 1984, he has no doubt such a feat is more of an achievement than it would be if he did it at Old Trafford.

The day has arrived. The time is now.

"To win a title in a different project like Tottenham – that means the satisfaction is more," he told reporters.

"If you win with Manchester City or Manchester United, it's normal. If you spend a lot of money, you should win or you must win. But at Tottenham, no one expects.

"And if you build something special, it is going to be remembered forever. If we win the Champions League, it's going to be a massive example for football – I think forever.

"I believe in destiny, but when you create your destiny. I don't believe in sitting here and waiting for something to happen.

"You create your destiny with your behaviour, with your actions; if you're natural, spontaneous, genuine in all that you do."