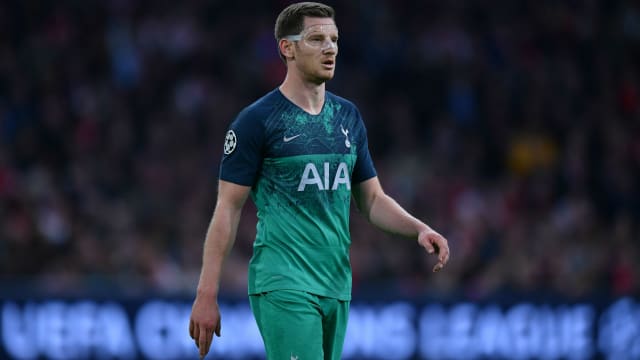 Tottenham defender Jan Vertonghen paid tribute to Mauricio Pochettino for turning Spurs into Champions League finalists in what has been the "craziest" season.

Spurs will face Liverpool at Atletico Madrid's Wanda Metropolitano on Saturday, as they look to become European champions for the first time.

Pochettino's side have defied expectations in reaching the showpiece, having dealt with Borussia Dortmund, Manchester City and giant-killing Ajax en route.

Their last two ties have been particularly dramatic, as they eliminated City on away goals, before going through in similar fashion against Ajax, coming back from 3-0 down to level thanks to a last-gasp, hat-trick-clinching effort from Lucas Moura in Amsterdam.

The run to Madrid is, according to Vertonghen, a result of Pochettino's hard work.

"Five years ago he picked this club up and brought us to the level we are at now," the Belgian told reporters.

"He's done some unbelievable work. We have a great group of players, lots of young guys from the academy, lots of English internationals and guys from abroad who have a proper connection with the club now.

"All the guys together, here for so long with the manager, it's got us to this level. This is what we all hoped for.

"It's been the craziest Champions League ever and being at the end of that crazy campaign now is something unbelievable.

"I think every player has been used. We all played our part and hopefully we can hold the trophy at the end.

"How many games have we played to get here eventually? Twelve games? In every single one of them something crazy happened. There were like 16 times, maybe.

"At the end of my career, I'll hopefully look at this and think this was the most beautiful and craziest year of them all.

"I don't know about destiny. We have to win it, if it is to be destiny. But we feel very confident because of our campaign."