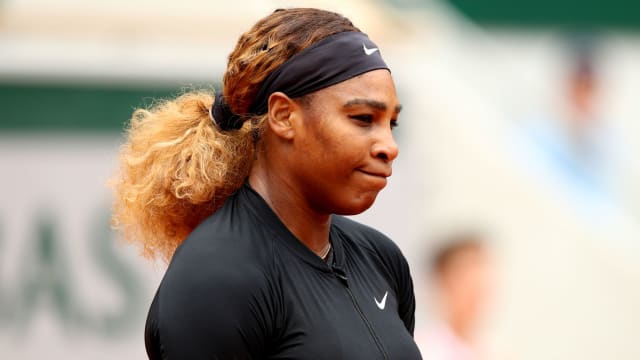 Serena Williams refused to offer an explanation about an image of her in a wheelchair that was shared on social media prior to the start of the French Open.

Former world number one Williams is struggling with a left knee injury – she played just one match on clay prior to arriving at Roland Garros – and was pictured in the chair while out with her family.

The 23-time grand slam champion, who had to fight from a set down to defeat Vitalia Diatchenko in round one on Monday, was not forthcoming when asked about the photo following her straight-sets victory over Kurumi Nara three days later.

"I'm not going to get into that. I'm playing, and all's good," said Williams, before adding that her knee felt "okay".

Williams faces fellow American Sofia Kenin in the third round and, despite admitting to feeling a little rusty, has no doubt her condition will only continue to improve.

"I have had a tough year since I twisted my ankle in Australia. It's just been really tough after that," she said.

"So everything definitely feels a little bit harder than normal, but at the same time, I know that it's going to get better."

On Kenin, she added: "I know her game really well. She had a really great run in Australia, and I have been watching her. I think it will be a good match.