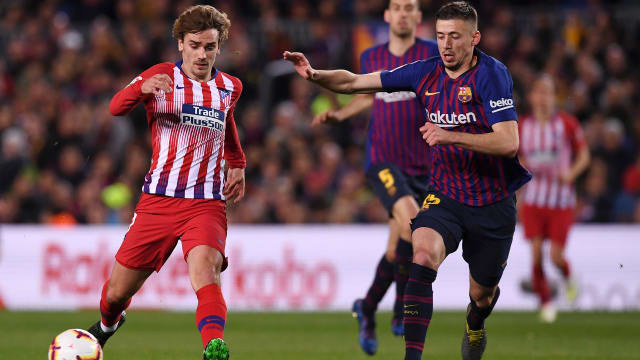 Griezmann, 28, has been heavily linked with a move to Barca after announcing earlier this month he would be leaving Atletico Madrid.

Lenglet, who is in line to make his France debut next month, hailed Griezmann as one of the best players in Spain's top flight.

"Griezmann is one of the three or four best players in LaLiga," he told a news conference.

"He is a star and he has been in the competition for several years. He has scored many goals every season.

"He is the star of Atletico and also one of the great figures of the league."

While Griezmann is linked with a Barca switch, the forward is also a reported target for Premier League giants Manchester United.

Lenglet, 23, said he would be watching closely for Griezmann's decision on his future.

"Griezmann has said that he is leaving Atletico, but not where. We still do not know what team he will play with," he said.

"We will have to wait, but we are all attentive to when he will announce it."