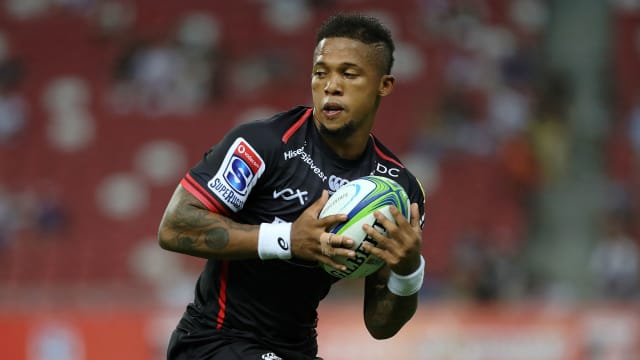 The Lions have dropped South Africa fly-half Elton Jantjies for this weekend's Super Rugby clash against the Stormers, citing a "breach of team protocol".

A brief announcement on the Lions' official website confirmed the omission of Jantjies, who has played 33 Tests for the Springboks, without offering details of his rules breach.

The news comes as a blow to the Johannesburg franchise ahead of Saturday's huge fixture against the Stormers.

Although the two sides are fourth and fifth respectively in the South African Conference, they are both firmly in the hunt for places in the finals, with the Lions currently hanging on to the last qualifying spot.

There was a positive update from the Lions on Thursday as they confirmed full-back Andries Coetzee and Reinhard Nothnagel have agreed respective contract extensions until the end of the 2020 and 2021 seasons.

The Lions Rugby Company is proud to announce that @AndriesC_Lions (until end of Vodacom Super Rugby 2020) and Reinhard Nothnagel (until end of 2021) have both extended their contracts.#LionsPridepic.twitter.com/0W1wGy2RlU