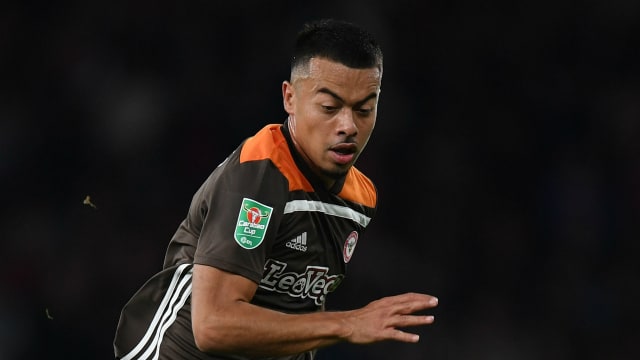 England-born Arsenal academy product Nico Yennaris is set to become China's first ever naturalised international after being selected in their squad for upcoming friendly matches.

The 26-year-old Beijing Guoan midfielder, who is known as Li Ke in China, has been named in coach Marcello Lippi's first squad since the Italian returned to the helm after departing in January.

He could make his debut against Philippines on June 7 or when Tajikistan visit four days later.

It has been reported that a condition of Lippi's comeback was the opportunity to start naturalising foreign players in an attempt to boost China's capabilities on the international stage.

Yennaris is the first to break that barrier after the former Brentford man is said to have renounced his UK passport and become a Chinese citizen upon signing for Beijing Guoan in January.

Media reports have suggested Yennaris could soon be joined by Brazilians Elkeson, Alex Teixeira and Ricardo Goulart, once they have all qualified for dual citizenship through living in the country for five years.

Elkeson has spent six years in China, representing Guangzhou Evergrande before joining current club Shanghai SIPG in 2016, while Teixeira famously rejected the advances of clubs such as Liverpool to sign for Jiangsu Suning the same year.

Goulart returned to Evergrande – whom he previously represented for four years – after a loan spell at Palmeiras earlier this month.

Speculation in the days since has suggested Goulart's return and potential contract extension is linked to China's apparent desire to naturalise him.