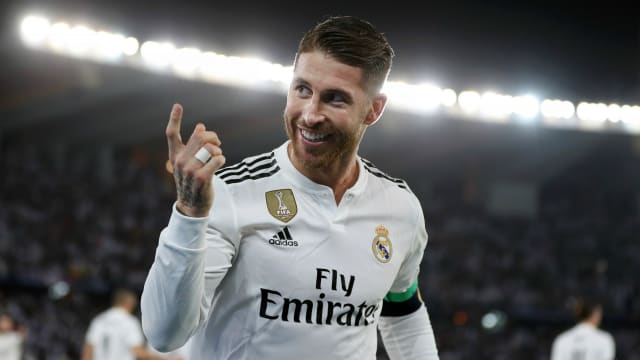 Sergio Ramos will remain at Real Madrid for the foreseeable future after agreeing to spurn an offer from China - stating his dream is to retire at the Santiago Bernabeu.

The star centre-back fronted a news conference at the LaLiga club's training complex on Thursday to dispel all doubts about his commitment, just days after seemingly angling for a move away.

Perez refused to sanction a proposed a free transfer, claiming it would set a "bad precedent" for a player under contract until 2021, and the four-time Champions League winner is content to focus on a 15th season with the club.

Indeed, the 33-year-old Ramos has designs on staying around for a good while longer and suggested talks involving his representatives had muddied the waters.

"I would extend my contract for the rest of my life," he said. "The president and I have a very good relationship, like father and son, we've been together a long time. He makes the decisions. He's always counted me in his decisions and I am happy to be part of the squad under him.

"Not at all do I want to leave, my dream is to retire here and I always said that. The president will tell you that too, I would never go. I'd even be ready to play for free.

"Our relationship has always been very good but who doesn't have an argument with their father every now and again? Maybe we should've spoken face to face instead of getting third parties involved but it is in the past. I came home to people saying I want to go but I have my contract here and I don't want to leave."