Carroll and Nasri among those released by West Ham 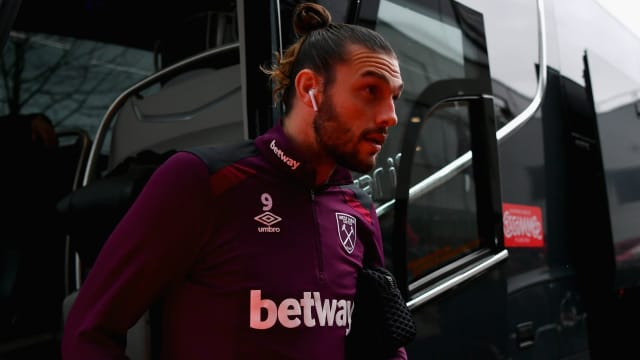 Former England striker Andy Carroll is one of three senior players set to leave West Ham when their contracts expire at the end of next month.

Carroll, who initially spent the 2012-13 season on loan at the Hammers from Liverpool, signed in a reported £15million club-record deal in June 2013.

That six-year deal had the option for a two-year extension, yet the former Newcastle United man has consistently struggled with injuries during his time at West Ham.

Carroll's best scoring season came in 2015-16 when he netted nine times in the Premier League, but he failed to contribute a single goal in 2018-19, making just three league starts.

Adrian also joined West Ham in 2013 but was firmly behind Lukasz Fabianski in the pecking order last term, while Nasri featured sparingly.

Chairmen David Sullivan and David Gold said: "Andy and Adrian have both been great servants to West Ham United throughout their time at the club and we thank them for their loyalty and commitment to the claret and blue cause.

"Both have provided us and our fellow supporters with some unforgettable moments, whether they were sensational scissor kicks and unstoppable headers in Andy's case, or penalty saves and goals in Adrian's.

"They can both be assured of warm welcomes whenever they return to London Stadium and we wish them, as well as Samir Nasri and the young players whose contracts are up this summer, the very best for their future careers."