Gibson happy to be tipped as Bayliss' England replacement 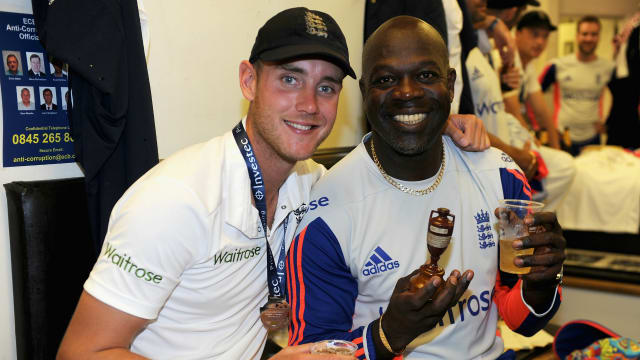 Ottis Gibson has no qualms about being tipped to replace England coach Trevor Bayliss, particularly given his contract with South Africa is to expire later this year.

Bayliss will leave his role with England when his deal comes to an end in September, having been in charge of the Test, ODI and Twenty20 teams for the past four years.

Gibson, who has twice been part of England's set up as a bowling coach, has been mentioned as a potential replacement – rumours he has no problems with.

Speaking to BBC Sport, the Proteas coach said: "My contract is up in September.

"I'm happy to be linked with any job, because after that I might not have a job.

Proteas had a feel of their opening match venue -  The Oval, London

Who thinks @jpduminy21 needs some practice on that accent … @cricketcomau?#ItsMoreThanCricket#CWC19pic.twitter.com/GHQQvuH9NW

"I enjoyed both my stints with England. I know a lot of the guys in the dressing room.

"The way they are playing at the moment, I was very much involved in that for the first two years and they have gone on [in the] two years since I left."

When Gibson – whose South Africa side face Bayliss' men in Thursday's Cricket World Cup opener at The Oval – was asked if he would enjoy working in England again, he replied: "I've been living in England for over 20 years, so that's the answer."