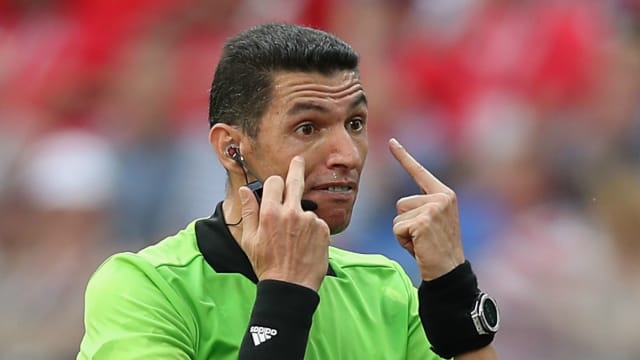 Egyptian referee Gehad Grisha has been suspended for six months following his "poor performance" in the first leg of the CAF Champions League final.

The Confederation of African Football's (CAF) referees committee handed down the ban following a complaint from the Royal Moroccan Football Federation about the match official's decision-making in last week's 1-1 draw between Wydad Casablanca and ES Tunis.

Grisha, 43, dismissed Wydad midfielder Brahim Nakach early in the second half in Rabat and twice referred to VAR for key decisions that went against the hosts.

Ayoub El Amloud saw a goal disallowed for handball and Faouzi Benzarti's men later had appeals for a penalty turned down.

A CAF statement read: "The referees committee of the Confederation Africain de Football has decided to suspend Mr Gehad Grisha for a period of six months due to poor performance."

Wydad's Cheick Comara eventually cancelled out Fousseny Coulibaly's first-half opener to leave the two-legged tie evenly poised ahead of the return leg in Tunisia on Friday.

Grisha, an international referee since 2008, was selected for the 2018 World Cup in Russia and took charge of England's group-stage victory over Panama.