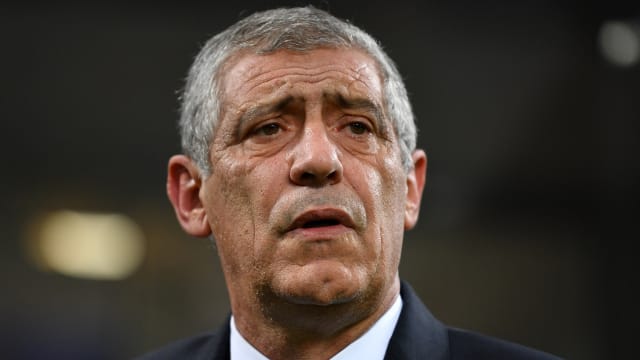 Portugal head coach Fernando Santos believes his side have nothing to fear from the other teams in the Nations League Finals.

The reigning European champions face Switzerland in the first semi-final on June 5 before England take on Netherlands a day later, with the winners of each meeting in the final on June 9.

"There is one thing I always say to my players, which is that we are no better than anyone else, but hardly anyone is better than us," he told a media conference. "We have to prove that we have the capacity to win.

"I am convinced that we will have unconditional support in Porto [where Portugal will play Switzerland]. The country is thrilled with its national team and we will try to give back to it.

"With the public behind us, it is easier."

Portugal are operating a relaxed regime in the build-up, with players only required to attend training and not stay in a hotel together – an approach that Santos believes will bring the best out his players.

"Closing the players in a hotel would not be good for anyone," he added. "They are professionals and if they had to come [to a hotel], they would come, but if the mental level is not at 100 per cent, they would not take the message on board."

Juventus defender Joao Cancelo has been called up to the squad despite recently breaking his nose, but Santos has no doubts that he will be ready for action.

"We have had positive feedback from Cancelo, otherwise he would not be summoned," he said. "He'll have to wear a mask for a while and will have to adapt to it."