Pochettino: It's embarrassing to talk about my future 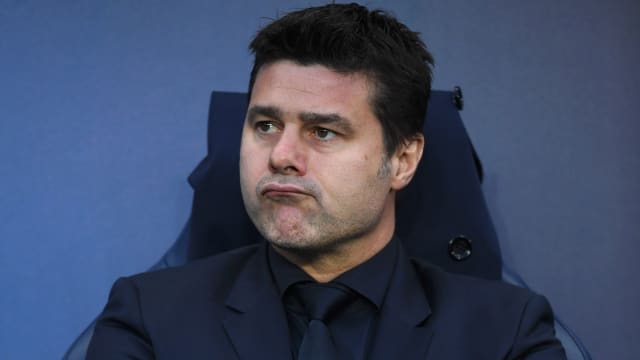 Tottenham manager Mauricio Pochettino says it would be "embarrassing" to talk about his own future before Saturday's Champions League final against Liverpool.

Pochettino suggested ahead of his side's second-leg win over Ajax in the semi-finals that he would consider quitting the club if his players pulled off a "miracle" and lifted the trophy.

The Argentinian has been linked with the Juventus job following Massimiliano Allegri's surprise departure, but he is refusing to discuss his future until after the clash against their Premier League rivals in Madrid.

"Today, nothing is more important than what lies ahead," he told a media conference.

"We can make history. We can write our history and provide our fans and family with the best happiness in football.

"To think about individual things is a bit embarrassing and a shame. I am not important. We have bigger things ahead.

Five years ago today, Mauricio gave this message in his first interview as Spurs manager...

"Rumours are rumours and they are there. Our focus is 200 per cent on the final. After the final, we will have time to talk."

Tottenham lost both their Premier League games with Liverpool this season, most recently at Anfield in March, but Pochettino insists those results will have no bearing on Saturday's clash.

"It's going to be a completely different game," he added. "We cannot prepare for the Champions League final looking back months ago. It's a situation in a competition where we've never faced each other before.

"We know each other very well but we haven't prepared thinking about the games at Wembley or Anfield. That would be a massive mistake in these different circumstances."