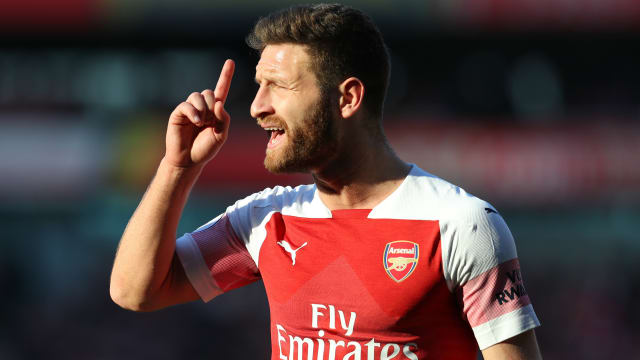 Shkodran Mustafi insists he is not perturbed by criticism of Arsenal's defence, although he feels their work should be given more credit.

The Gunners have enjoyed a largely encouraging first season under Unai Emery, but their defending continues to be the subject of scrutiny.

They conceded 51 goals in the Premier League in 2018-19 - more than all but two of the teams in the top 10 - as they ended the campaign in fifth place.

Mustafi in particular has been criticised for his performances at times this term, but the centre-back says amassing 70 points from 38 games proves Arsenal have defensive quality.

"It is not getting to me because our job as defenders is to try not to concede goals, but if you make 90 per cent of your job and in the 10 per cent the opponent scores a goal, people forget about the 90 per cent," he said.

"If at the end of the season you have made 70 points, it is for a reason. If you go into the game without the defence and only with attacking players I am not sure you are going to make 70 points.

"If a striker misses a goal or a penalty or whatever, you get a new opportunity five or 10 minutes later. For us defenders, if you make one mistake and they score, even if in five minutes you save something on the line, people still won't talk about it. You get to live with it because it is part of our job."

Always watch out when Mesut's about

Arsenal are preparing for Wednesday's Europa League final against Chelsea, their first European showpiece event since 2006.

Chelsea have won the Champions League and Europa League in the past eight seasons and boast a squad with greater experience of such finals, but Mustafi does not see this as an advantage.

"You can tell me what you think: a lot of players, experienced, who have played a lot of finals or a team which is motivated for their first game?" Mustafi said.