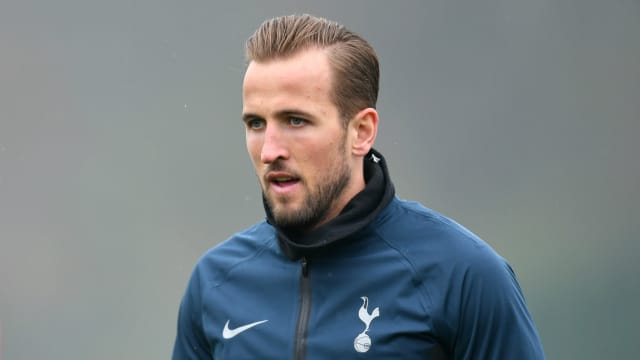 Harry Kane has declared himself fit to play in a huge boost to Tottenham just five days out from the Champions League final against Liverpool.

England captain Kane injured his ankle against Manchester City on April 9 and played no part in any of the club's past nine matches.

But, having watched from the stands as Spurs spectacularly overturned a three-goal deficit against Ajax in the semi-finals, he now appears set to make a welcome return in time for Saturday's clash at the Wanda Metropolitano.

Speaking to reporters on Monday, Kane said: "I could play if the Champions League final was today."

Mauricio Pochettino is the man who ultimately needs convincing and the 25-year-old striker admitted his hopes of leading the line in Madrid are out of his hands.

"But, of course, all those decisions come down to the manager and who he wants to pick, who he feels is fit and ready to play.

"From my point of view I feel good, so we'll just see how this week goes and go from there."

Mauricio: "We have ahead of us one of the best games you can play in. To be involved in the @ChampionsLeague final is a privilege and we are enjoying every single day. It's a massive achievement for this Club." #UCLfinal  #COYSpic.twitter.com/Se6Y1WNQth

Pochettino, addressing a news conference at Tottenham's training complex, offered no guarantees over the scale of his star man's potential involvement, although the Argentine agreed the signs are encouraging.

"[It's a] very positive the situation with him," Pochettino said. "We have one week ahead to see how he is progressing.

"It's so important that he feels well and he's very positive. We'll see what happens. I cannot say if he'll be 100 per cent fit or starting, or on the bench, or out."

His last goal in any competition was in the national team's 5-1 victory over Montenegro in March.