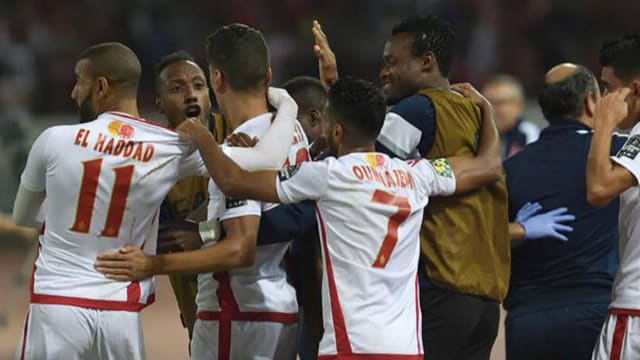 Ten-man Wydad Casablanca earned an entertaining 1-1 draw with holders ES Tunis in the first leg of the CAF Champions League final on Friday.

However, Wydad – who had an equaliser ruled out for handball prior to the interval – restored parity with 11 minutes remaining in Rabat via Cheick Comara.

It was a fiercely contested clash at Stade Prince Moulay Abdallah, where there was plenty of niggle in the opening exchanges.

STATS | Check out the full-time stats! Which team had the better overall performance? #TotalCAFCL#WACESTpic.twitter.com/KEocTq842n

After 2017 champions Wydad came close to breaking the deadlock just past the half-hour mark, Tunisian giants ES Tunis opened the scoring on the stroke of half-time with a priceless away goal.

Khalil Chemmam looped a free-kick to the back post and after Ahmed Reda Tagnaouti kept out Coulibaly's initial header, the Wydad goalkeeper could not stop him volleying in on the follow-up.

Wydad thought they had equalised a minute later after Ayoub El Amloud found the back of the net but it was ruled out for handball following a VAR consultation.

The home side's task was made more difficult when Nakach saw red for a nasty challenge five minutes into the second half and it looked like it was not going to be Wydad's night after their penalty appeal for handball was waved away by the referee and VAR.

But Comara headed home from a set-piece in the 79th minute to leave the final poised ahead of the return leg in Rades on May 31.