Kyrgios withdraws from French Open due to illness 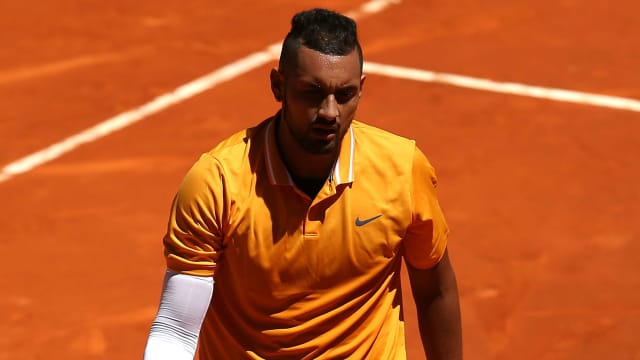 Nick Kyrgios has withdrawn from the French Open due to illness just over a week after his meltdown in Rome.

Kyrgios was due to face Cameron Norrie in the first round at Roland Garros but pulled out of the second major of the year on Friday.

The controversial Australian last week hit the headlines yet again when he was defaulted from his match against Casper Ruud at the Internazionali d'Italia.

Kyrgios slammed his racket to the floor before launching a table onto the court after disputing a call early in the deciding set.

The world number 36 this week on Instagram stated that the French Open "sucks" compared to Wimbledon as he practiced with Andy Murray at the All England Club.

That comment came after he had slammed Novak Djokovic, Rafael Nadal and Fernando Verdasco during an appearance on the 'No Challenges Remaining' podcast.

Norrie will face a lucky loser instead in the opening round in Paris.