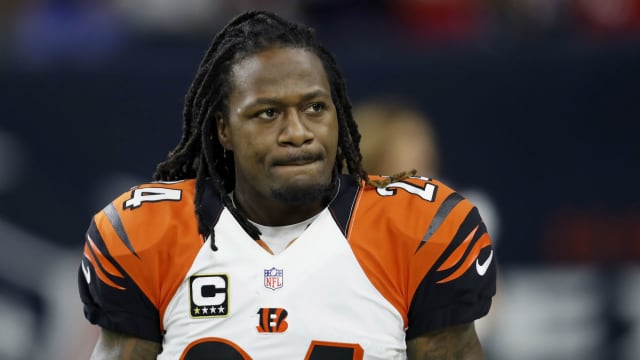 Long-time NFL defensive back Adam 'Pacman' Jones, whose 12-season career was marked as much by controversy off the field as contributions on it, has announced his retirement.

Jones, 35, posted a video on his Instagram story on Friday that purports to show him signing a document with an NFLPA-backed organisation, "The Trust," whose goal is to provide retired players with the support in life after football.

The video was posted with the all-caps caption "LOL."

"This is an official letter," Jones says in the video. "It's official that I'm done with the NFL, cuz."

Jones most recently featured for the Denver Broncos, playing in seven games in 2018 before being released.

"I'm content. I had a hell of a run doing it. I'm at the point where I didn't feel I would be top level if I tried to play now. I'm happy and I'm looking forward to spending more time with my family and the kids," Jones told ESPN on Friday.

Jones was taken in the first round (number six overall) by the Tennessee Titans in the 2005 NFL Draft out of West Virginia.

Over the course of 12 seasons across 14 years - he was suspended one season and sat out another - Jones recorded 508 total tackles (421 solo) and had 17 interceptions, returning two for touchdowns.

He played most of his career, eight seasons from 2010-17, with the Cincinnati Bengals.