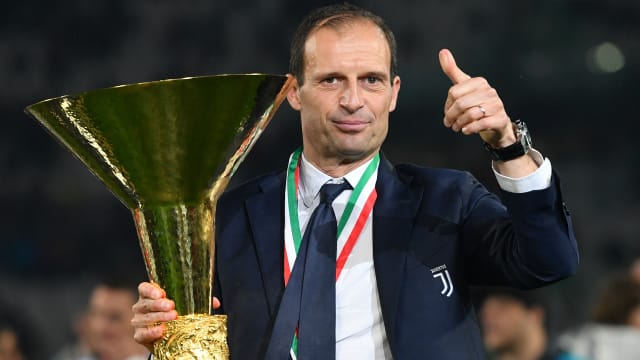 The 51-year-old Allegri is set to leave the Allianz Stadium at the end of the season after five successful campaigns in which they were crowned Serie A champions each year.

He had previously been a rival of Juve at AC Milan and replaced club legend Antonio Conte in charge in 2014, while some fans have grown frustrated with the team's style of play this season and their inability to win the Champions League.

But Zaccheroni, who was head coach in 2010, believes Allegri will become a popular figure down the line.

"Allegri has been great," he told Omnisport.

"You can achieve success in different ways, but Allegri wants balance and looks after the defence and the attack, just like Antonio Conte. Maybe there are differences in intensity.

"Conte has always been a Juventus icon and managed to take Juventus back to their level and this leads to the fans loving him more than Allegri. Juventus fans will love Allegri in the future…"

One of the names touted as a potential replacement for Allegri is Lazio boss Simone Inzaghi, whom Zaccheroni coached during his playing days at the capital club.

The 66-year-old admits he has been taken aback by seeing Inzaghi forge a successful coaching career.

"Having managed him as a player, he didn't look so determined," Zaccheroni said. "I remember he was very passionate about football. But I didn't expect him to become a manager. He lacked determination.

"He had quality as a player although he could have achieved much more. He still had a very decent career, but I didn't see that determination in him that he could pass on to his players."