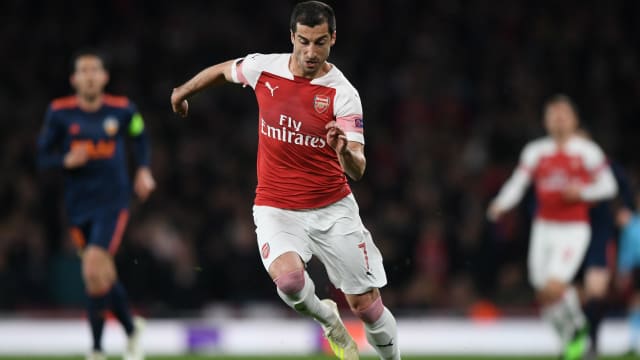 Mkhitaryan opted not to travel to Baku for Wednesday's final against Chelsea amid concerns for his safety due to political tensions between his native Armenia and host country Azerbaijan.

The playmaker sat out a group-stage trip to Qarabag in October and opted to do so again, despite receiving assurances over his safety by Azerbaijan's United Kingdom ambassador.

Mustafi hopes the Gunners can return with the Europa League trophy, suggesting Mkhitaryan's absence has provided them with extra motivation.

"It's a shame for him not to be there, especially as he has often played on the way to the final," Mustafi told Kicker.

"Of course, our team has that in mind: we also want to win for Micki."

Mustafi has been linked with an exit from the Gunners, who are reportedly interested in Roma centre-back Kostas Manolas and Barcelona defender Samuel Umtiti.

AC Milan have been touted as a potential destination for the Germany international, but the 27-year-old insists he will remain at Emirates Stadium.

"I don't know where these rumours come from. It's funny, I've been here for almost three years, and after half a year it was suggested I would be moving," said Mustafi.

"I am an Arsenal player and I have contract until 2021. There is no news. If there is, I will announce it and not sneak away."