Those Star Wars writers might have been busy! Rodgers unhappy with Game of Thrones finale 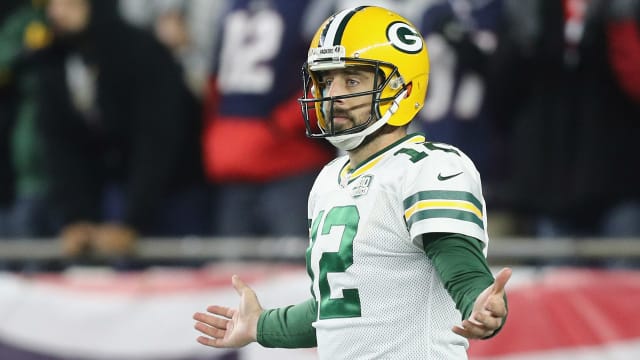 Aaron Rodgers might have had a cameo in the final season of Game of Thrones, but the Green Bay Packers quarterback was less than impressed with how the hit television series concluded.

The hugely popular fantasy drama aired for the final time on Sunday and the polarising ending left many fans underwhelmed, including NFL star Rodgers.

He featured as an extra in the penultimate episode and offered a passionate response to reporters when asked whether he was pleased that Bran Stark was chosen to reign over the six kingdoms.

"You come down to the end and Tyrion says, 'The person with the best story is Bran'. Who, by the way, three episodes ago said he wasn't Bran Stark any more...no.

.@AaronRodgers12 discusses his #GameOfThrones cameo & shares his thoughts on the series finale (including who he thinks should have been on the throne) pic.twitter.com/uAeTZcwGhC

While good might have trumped evil at the end, Rodgers added he wanted to see Daenerys Targaryen on the throne despite the blood-thirsty Mother of Dragons turning into the Mad Queen.

The Game of Thrones writers have faced fierce criticism for rushing the conclusion and a petition to remake the final season "with competent writers" has over 1.4 million signatures.

Rodgers suggested David Benioff and D.B. Weiss may have been distracted by their work with one of the upcoming Star Wars films.

"I loved the opportunity to be in the show - which, most people probably don't think I was, but I was there - I love the show but the writers were also doing Star Wars...so I think they might have been a bit busy this last season," Rodgers added.

There has been much debate about Rodgers' cameo in episode five and he said it was "true" that he was in a bell tower scene.

However, the Packers quarterback dispelled the notion that he was one of the characters that got burned alive.

"I'm disappointed in every person who would actually say that was me," he revealed.

"If you actually watch that person run, they're a total non-athlete!"

It was just for a few seconds, but I’ll always be thankful to have been on the penultimate episode of @gameofthrones #crazyepisodetonight #