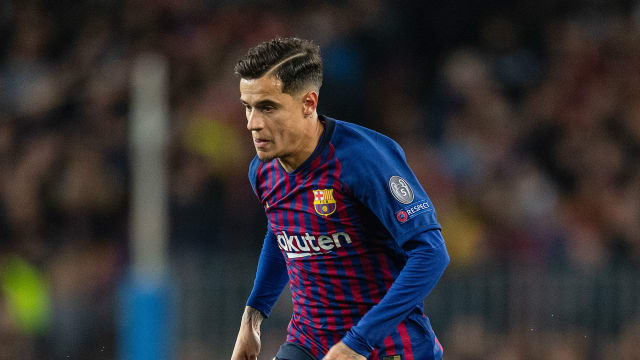 Philippe Coutinho has returned to Barcelona training ahead of the Copa del Rey final against Valencia on Saturday.

Brazil international Coutinho sustained a hamstring injury in the 2-0 victory over Getafe on May 12 and was expected to be out for 10 days.

The 26-year-old sat out Sunday's 2-2 draw against Eibar and in the aftermath coach Ernesto Valverde was not optimistic about his availability – and that of Ousmane Dembele – for the clash in Seville.

However, Coutinho returned to the training field on Wednesday and will hope to prove his fitness before LaLiga champions Barca go in search of a domestic double.

Jean-Clair Todibo did not participate in the session due to "general discomfort", according to a tweet posted by the club, while Arthur and Marc-Andre ter Stegen are doubts for the match.